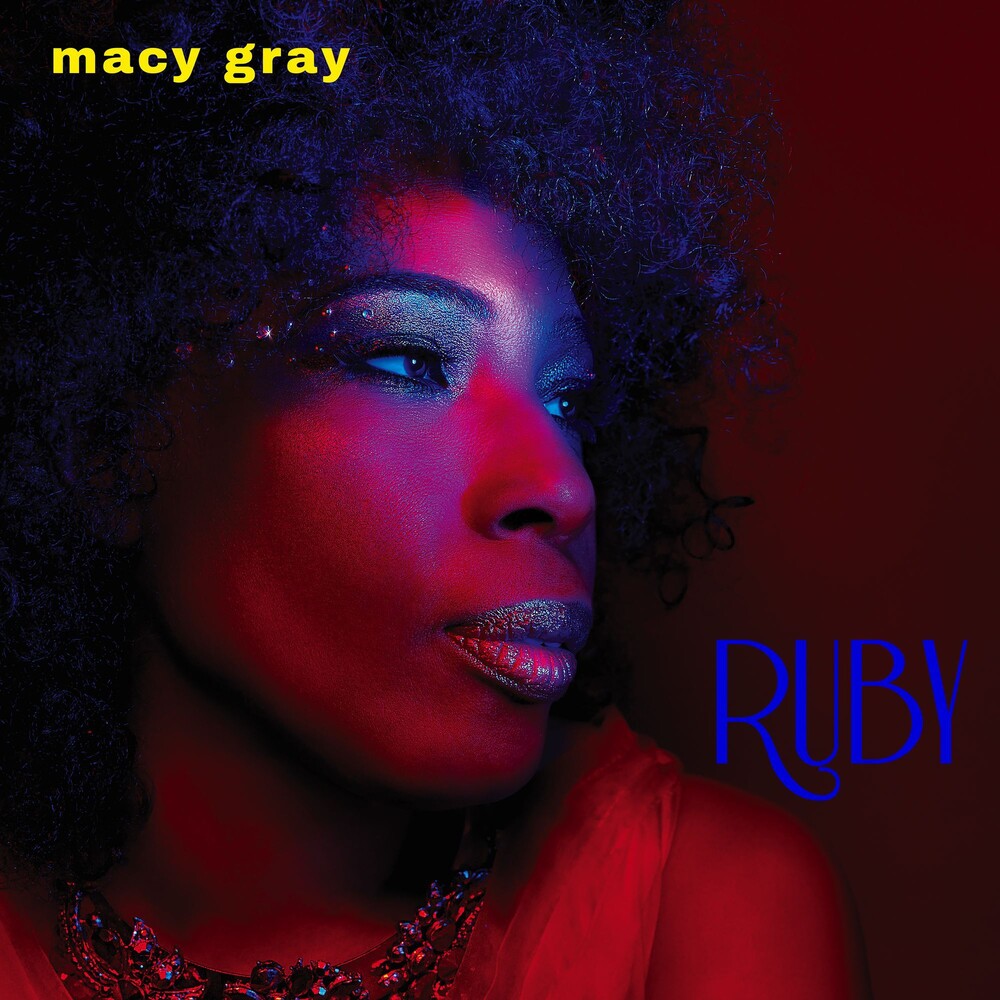 Vinyl LP pressing. Rubies hold a special place amongst the world's rarest natural treasures. The most sought-after of the corundum family, the gemstone's crimson hue instantly catches attention - as if extracting passion from the earth itself and crystallizing it in mineral form. Similarly, Macy Gray occupies a rare space in the canon of modern music. That unmistakable rasp, unshakable grasp on soul, and funky spirit ensured her status as a 21st century icon since her arrival with the triple-platinum How Life Is in 1999. Ake the first single "Sugar Daddy." Co-written with none other than pop superstar Meghan Trainor, the track swings from jazz-y piano into a cooing verse that's as sweet as it is sassy. Ruby canvases a wide spectrum for the songstress. Raucous horns that feel ripped from a classic seventies flick augment the grit on "Cold World" as "Jealousy" spins a covetous narrative that soars as it seduces. Gary Clark Jr. Adds six-string firepower to "Buddha." Everything culminates on the reggae-inspired "Witness," which shuffles between mainland soul and island grooves. In the end, Ruby represents Macy Gray at her most passionate, poetic, and powerful.