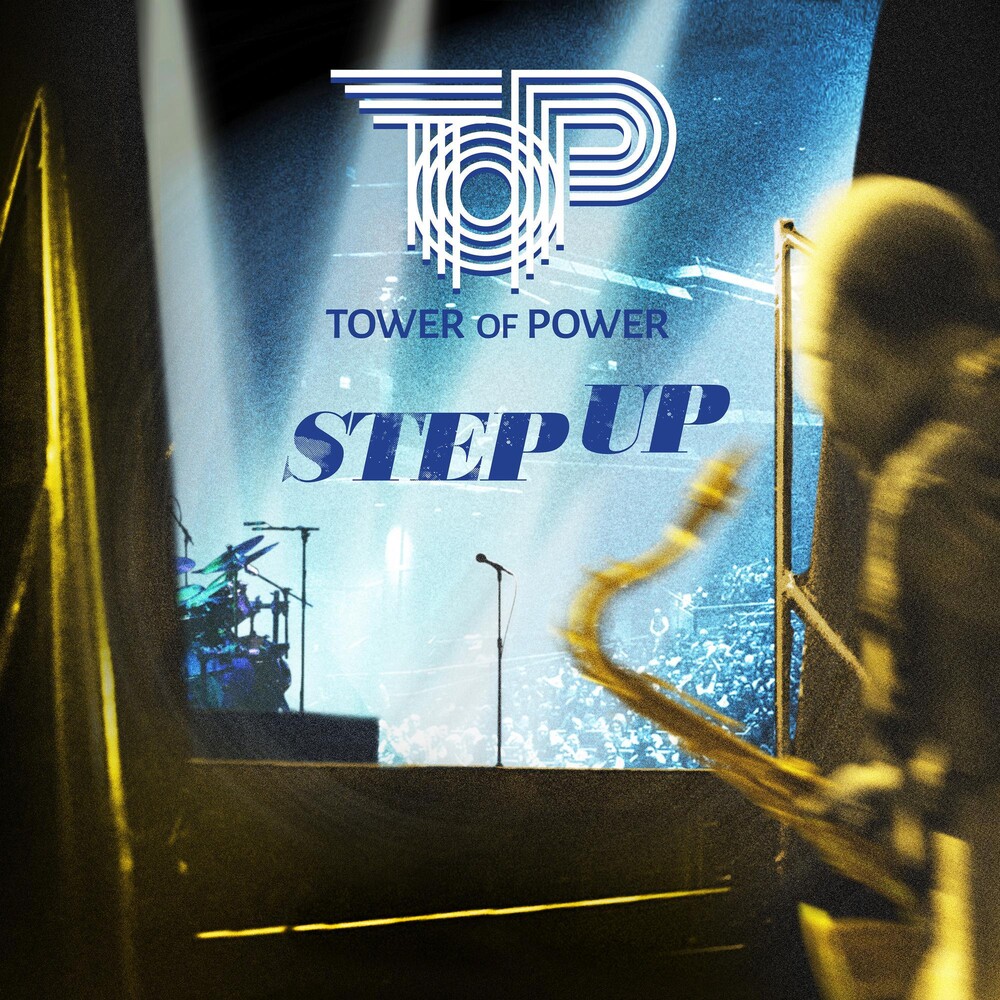 2020 release. With a landmark 50th anniversary album, 2018's Soul Side of Town, still visible in their rearview mirror, one would think Tower of Power, the much-lauded creators of their own horn-based, hybrid brand of East Bay soul/funk/R&B/rock, would take a well-deserved breather. But that is not in the band's DNA, nor that of it's founder and ringmaster, tenor saxophonist and bandleader Emilio Castillo. Now, with Step Up, the band forges on into the next decade of the 21st century reinvigorated with the addition of new talent, most notably the phenomenal young lead vocalist, Marcus Scott. Marcus replaced TOP's longtime lead singer, Ray Greene, who makes his final appearance with the band on Step Up. Also taking his bows on the new album is 30-year TOP veteran bassist Francis 'Rocco' Prestia, who is stepping back from life on the road and whose driving fingerstyle funk is ably replaced on tour by Marc Van Wageningen. From the band's debut up to Step Up, the TOP sound remains true to Emilio's original musical vision: reach inside the deep, multidimensional well of what is broadly called soul music and bring together all it's diverse components in a singular, emotional sound.