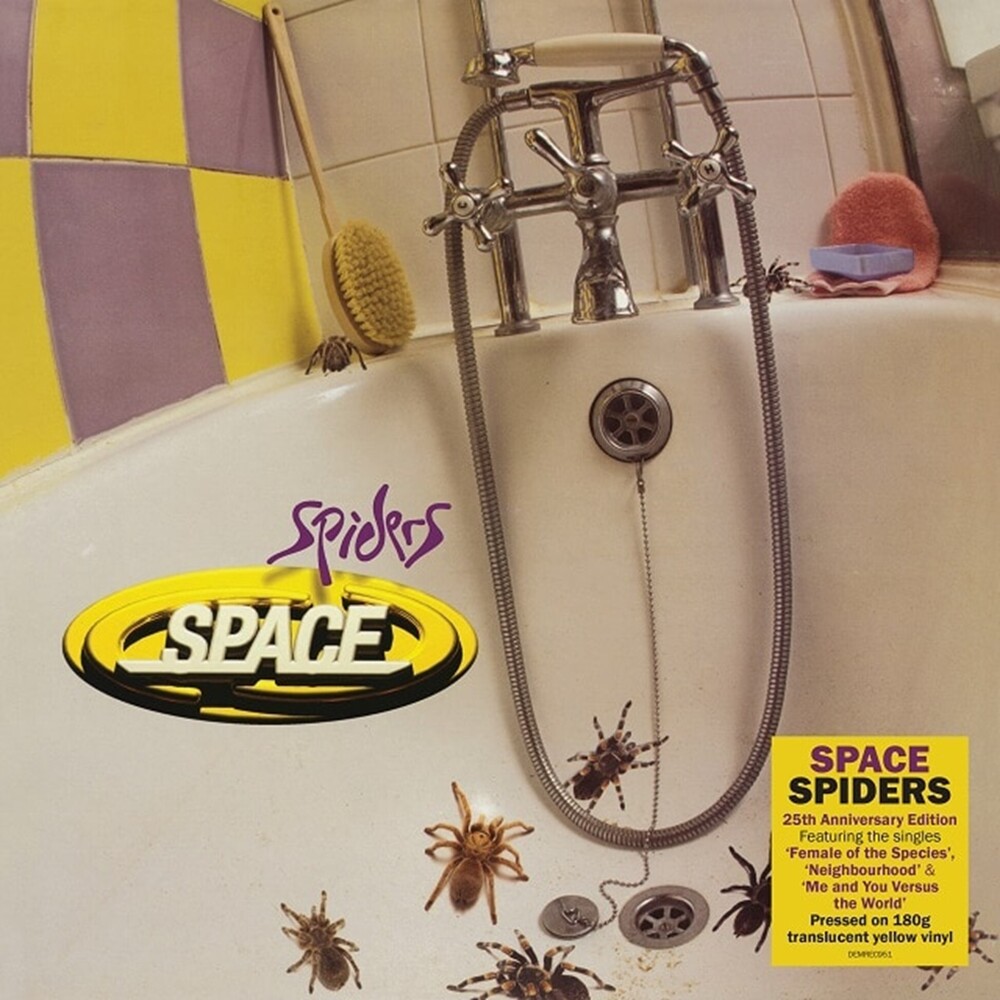 First released in September 1996, 'Spiders' is the debut album by the Liverpudlian alternative rock band Space. Upon release, the album reached #5 in the UK album charts and received critical acclaim for it's unique sound, humorous lyrics, and incorporation of varying musical styles. Highlights include the hit singles 'Female Of The Species', 'Neighbourhood', 'Me and You Versus the World' and 'Dark Clouds'. To mark the 25th anniversary of 'Spiders', Demon Records is proud to present a new reissue of the album pressed on heavyweight 180g translucent yellow vinyl.
back to top