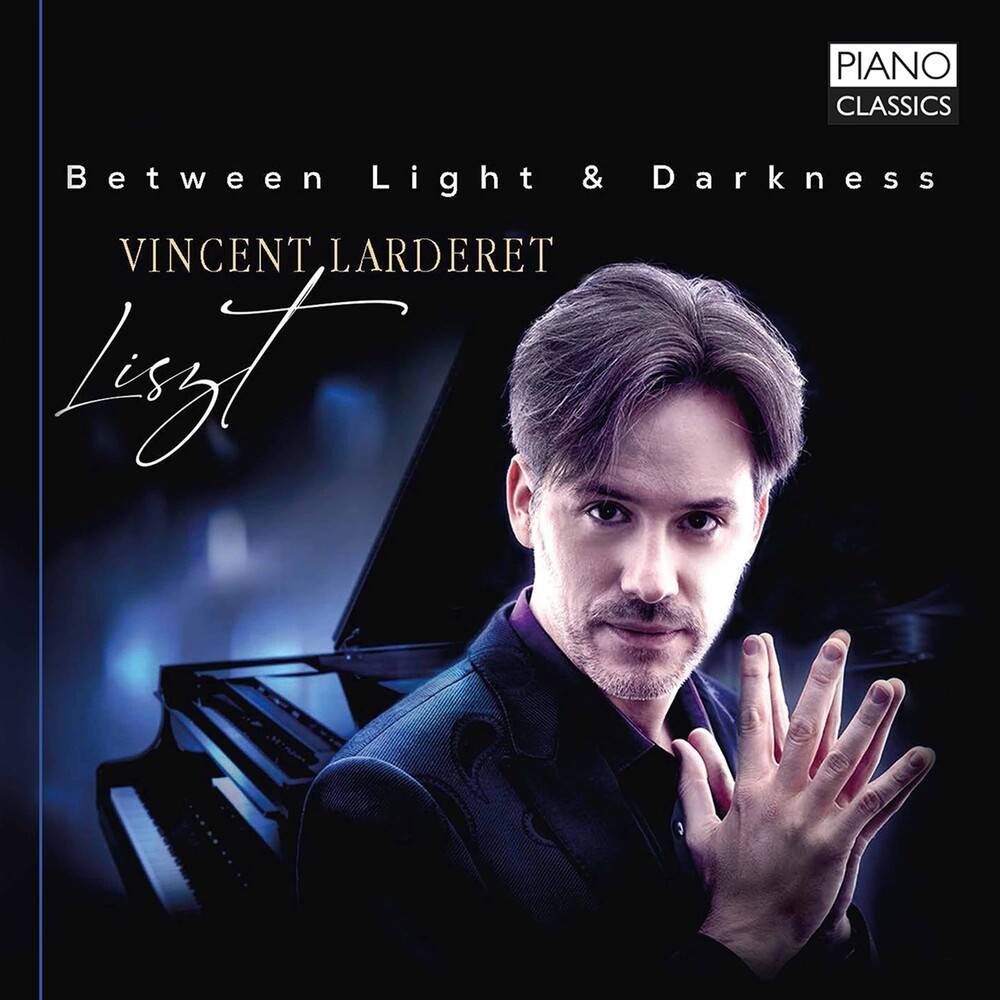 Vincent Larderet is a Steinway Artist who has given solo recitals at many of the world's premier piano festivals and concert halls. The present release marks his debut on Piano Classics. His previous albums have explored the hot-house world of Impressionism and late Romanticism, making the intoxicating world of late Liszt a natural progression. Pieces on the edge of silence and tonality such as Nuages gris and Unstern! Demand at least as much refined nuance of touch and color as the major cycles of Debussy and Ravel which Larderet has often performed in public. In his own booklet introduction, the pianist explains that the aim of the album is to capture the unrivalled rainbow of emotions that span Liszt's protean oeuvre for the piano. His genius in creating the genre of programme music, almost from scratch (with help from Beethoven and Berlioz), is celebrated by the inclusion of the Dante Sonata of 1849, which condenses and transfigures the narrative arc of the entire Divine Comedy within a single 17-minute span. From four years later, the Second Ballade tells a Gothic tale of a night-ride, perhaps also the ancient Greek myth of Hero and Leander in which the hero drowns while attempting to swim across the Hellespont to visit his beloved, with the pianist called upon literally to produce wave upon wave of sound from his instrument in a masterpiece of tone-painting. The Funerailles anticipate the stern and enigmatic utterances of his very late period, condensing his rich harmonies and multi-layered voices to leave an ever-more imposing musical canvas which imbues each single note with significance and the overwhelming presence of mortality. The 'sleepless' vision of Schlaflos! Seems to come from another world; Larderet concludes his unique love-letter to Liszt with en rĂŞve, which paints a more consoling dreamscape.