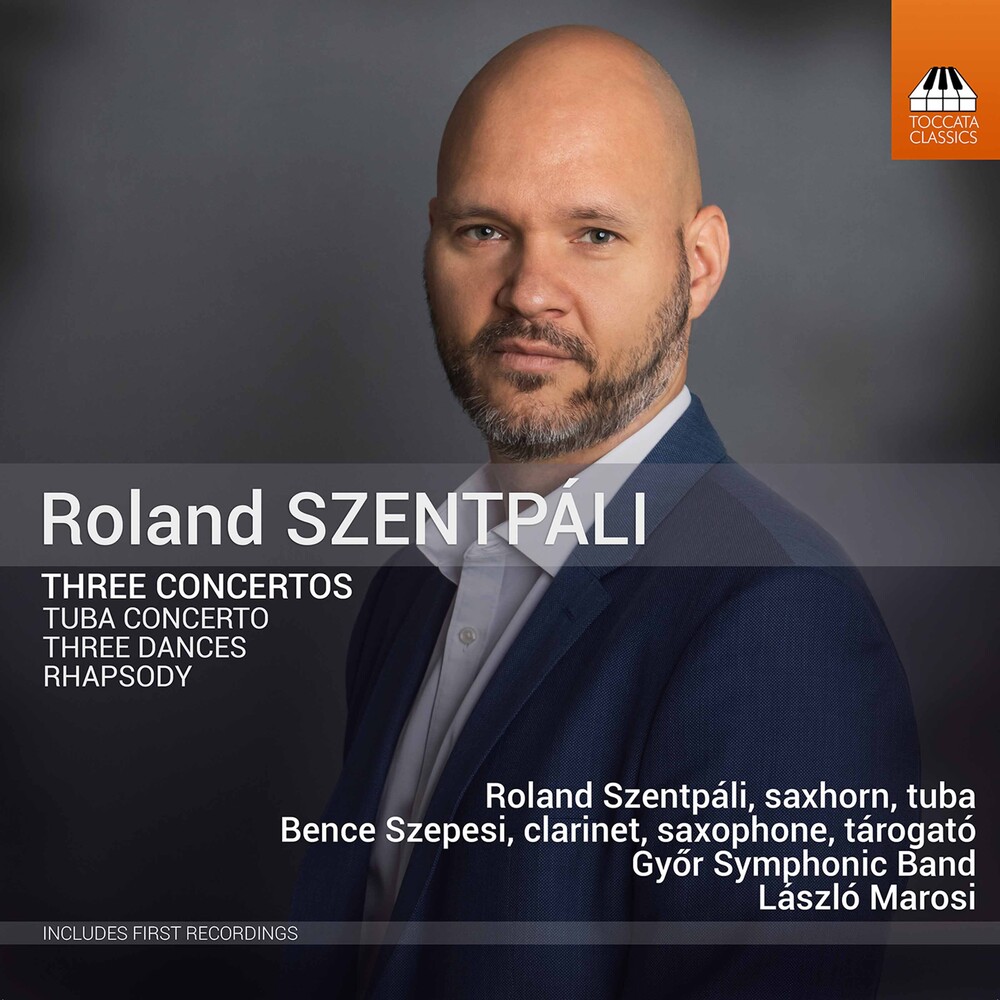 This album features three concertante works by the Hungarian composer Roland Szentpáli (b. 1977) for symphonic wind band: a virtuoso tuba concerto, with the composer as soloist; a rhapsody featuring clarinet, saxophone and the smoky tones of the tárogató, a folk instrument that sounds like a feral clarinet; and a double concerto in which Szentpáli takes up the saxhorn. The infectious rhythmic drive of all three works has it's origins in the same folk traditions that inspired Bartók, and the scoring has the wallop of the big-band sound - and the solo performances are nothing less than astonishing. Roland Szentpáli began playing the euphonium at the age of twelve, moving on to the tuba in the following year under the guidance of Sandor Lukács. He was a student at the Béla Bartok Academy in Budapest from 1991-1995, studying with Joseph Baszinka and Gábor Adamik. Roland continued his studies with Lászlò Szabò at the F. Liszt Academy. Apart from his busy solo and composition schedule, Roland is actually principal tuba with the Hungarian National Philharmonic Orchestra. Always being in great demand he also gave several masterclasses in the United States, Japan and many European countries.