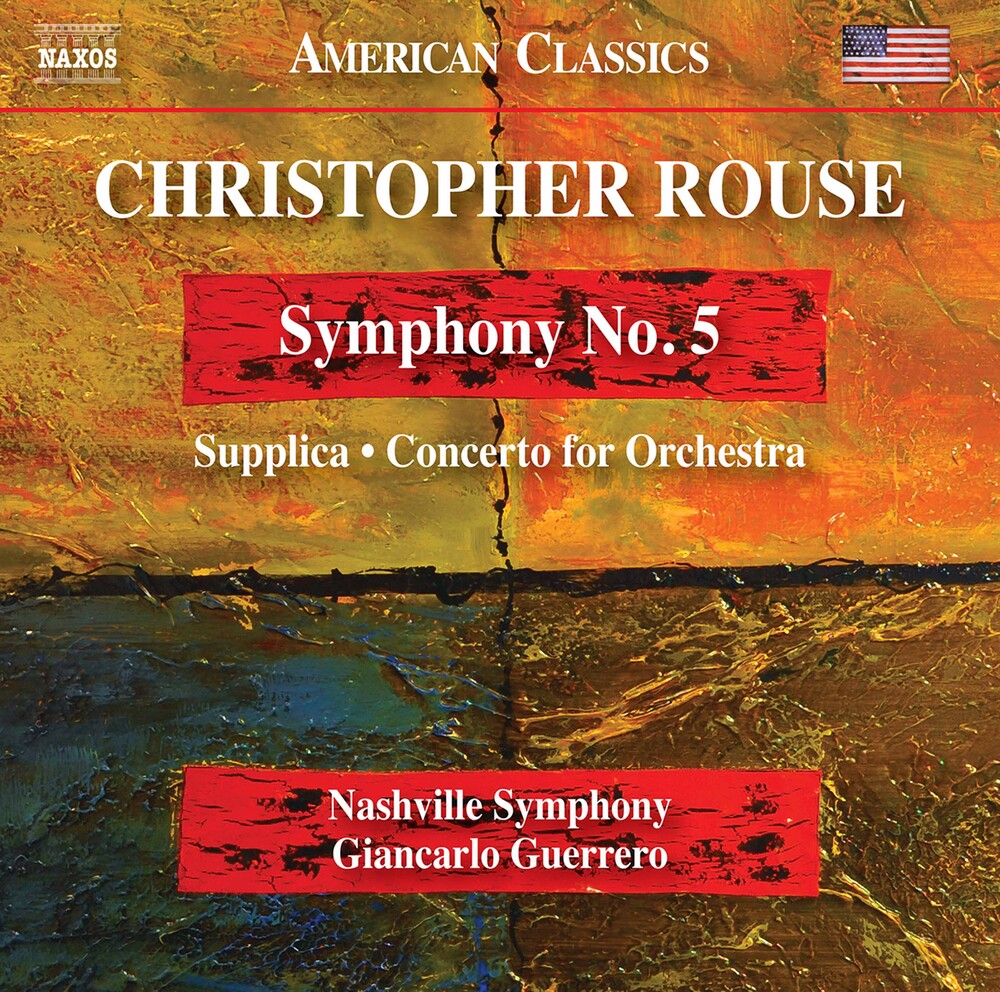 Few contemporary artists have been as significant as Pulitzer Prize and GRAMMY Award winner Christopher Rouse, whose imaginative approach made him one of the most frequently performed composers during his lifetime. The Concerto for Orchestra is a 'hyper-concerto' that gives each player a chance to shine, while the mournful intimacy and passion of Supplica unfolds somewhat like the slow movement of a Bruckner or Mahler symphony. Rouse's Fifth Symphony fondly recalls Beethoven's mighty Fifth but blurs the lines between tradition and modernity, transporting the listener from turbulence to serenity. It was described as "brilliant, exciting and at times hauntingly beautiful" in The Dallas Morning News. Champions of new American music, the Nashville Symphony and it's music director Giancarlo Guerrero had premiered numerous works and received 13 GRAMMY Awards including two for Best Orchestral Performance. Among their award-winning recordings include works by Michael Daugherty (Metropolis Symphony on 8.559635; Tales of Hemingway on 8.559798), Stephen Paulus (Three Places of Enlightenment on 8.559740), and Jennifer Higdon (All Things Majestic and Viola Concerto on 8.559823).