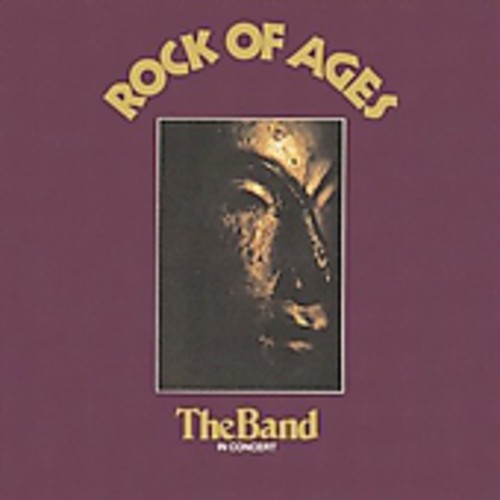 Two-CD set. Track listing includes "Don't Do It," "King Harvest (Has Surely Come)," "Get Up Jake," plus lots more.

''Rock of Ages: The Band in Concert'' is The Band's fifth album. A live disc recorded during their series of shows at New York City's Academy of Music on December 28–31, 1971, it combines several of their hits with enthusiastic covers of songs originally performed by the likes of Marvin Gaye and Chuck Willis and features a wild organ improvisation by organist Garth Hudson, recorded as 1971 turned to 1972.

2001 saw the release of a substantially revised and expanded 2-CD edition of the album, including ten additional songs from the same concert series (four of which featured performances by surprise "guest star" Bob Dylan).

The 2005 retrospective Band box set ''A Musical History'' contains several ''Rock of Ages'' tracks newly remixed from the multitrack tapes, as well as a previously-unissued performance of the song "Smoke Signal" from the December 28 show. A hybrid SACD reissue of the album (original tracks only) was released on the Mobile Fidelity Sound Lab label in 2010.

The song "Chest Fever" from this album is available as downloadable content for the video game ''Rock Band''. - Wikipedia