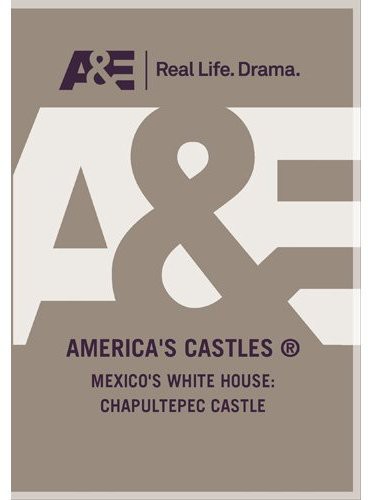 America's Castlesheads south for an hour-long look at one of the most interesting buildings in the Western Hemisphere. Once the home of Mexico's rulers, Chapultepec Castle is a unique blend of Mexican and European influences that embodies the history of the nation. On a hill in the middle of the world's largest city, Chapultepec Castle was first built by Spanish conquerors as the home of their Viceroy. After the Austrian Emperor Maximilian ruled Mexico - and finished the castle - it finally hosted a native-born leader, Porfirio Diaz, who ruled for 30 years. Ironically, Diaz had the castle remodeled to look more European! Get a behind-the-scenes tour of this remarkable building that has played so many roles in Mexico's history - from battle site to executive mansion and now, finally, a museum. Trace it's legacy with the curator of the museum, and see the marvelous collections that capture the history of the nation. With extensive archival footage and interviews with experts on Mexican history, this is an illuminating look at MEXICO'S WHITE HOUSE.
back to top