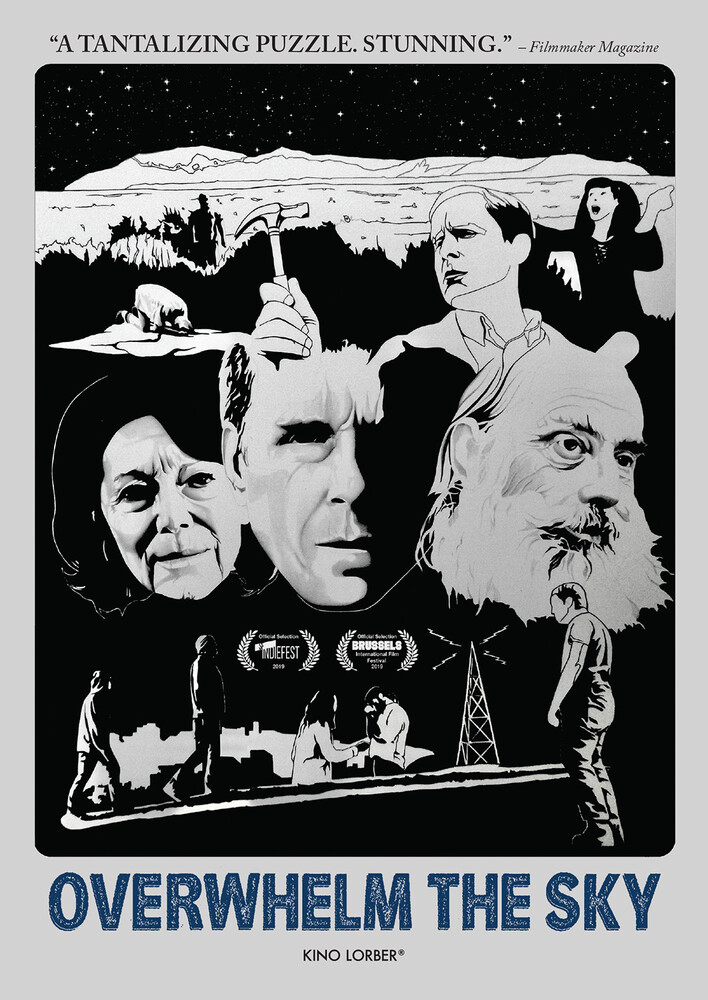 Daniel Kremer's Overwhelm the Sky is an epic odyssey of a spiritually shell-shocked man searching for answers in a world of loners, mourners, kooks, seducers, deceivers, and sleepwalkers. The San Francisco Chronicle aptly describes it as "part noir, part epic journey from inner mind to outer expanses." Loosely adapted from the 1799 gothic novel Edgar Huntly, or Memoirs of a Sleepwalker by Charles Brockden Brown, the film follows Eddie Huntly (Alexander Hero), an east coast radio personality who moves to San Francisco to marry Thea, the sister of his best friend Neil. Shortly before Eddie's arrival, however, Neil is found murdered in Golden Gate Park, in what the police surmise was a simple mugging gone awry. As the sullen Eddie steps in as interim host of his old friend Dean's late-night talk-radio show, he obsessively makes regular visits to the forested spot where Neil's corpse was discovered. One such visit unleashes a chain of unpredictable events that sends Eddie snooping into the life of a sleepwalking drifter with a mysterious past. These mysteries and others can only be sorted out in the Arizona desert, where Eddie has a series of surreal, frightening encounters that forever alter his reality. Featuring evocative San Francisco location shooting, strikingly gorgeous monochrome cinematography, and an extraordinary original music score that blends full orchestra with experimental instrumentation, Overwhelm the Sky is a wildly acclaimed American original that goes daringly big on a low budget.
back to top