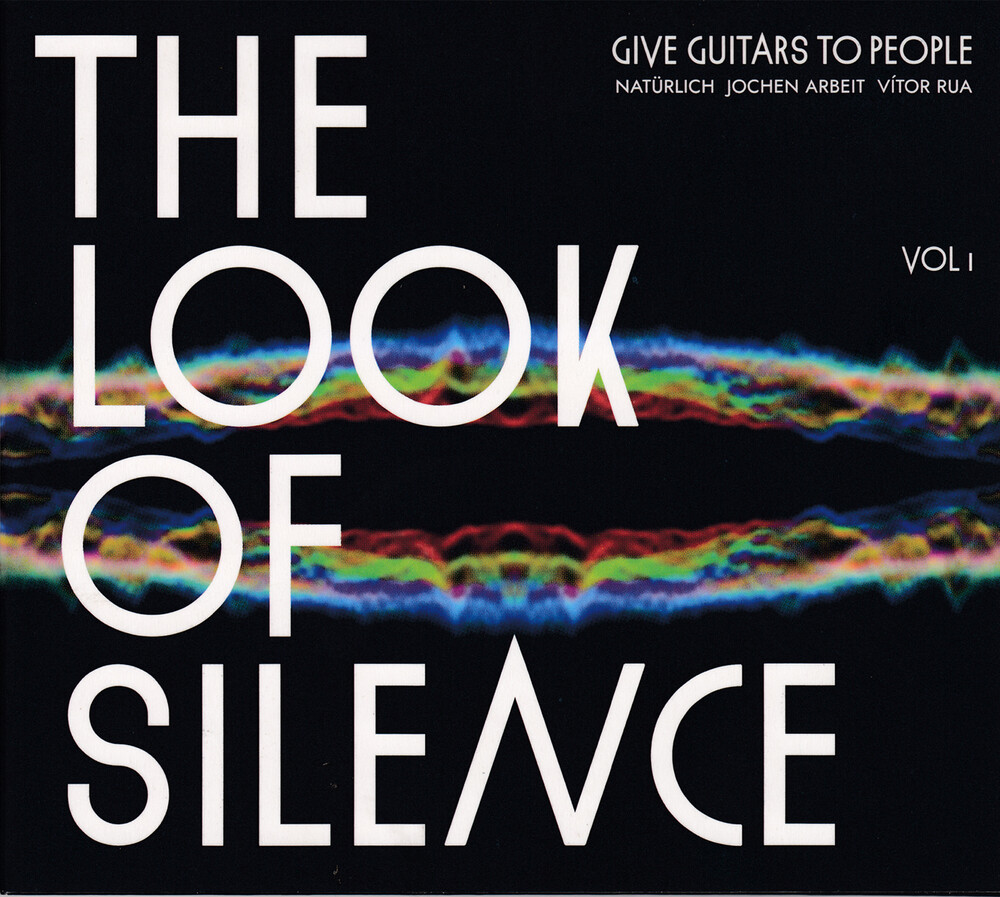 NATuerlich (a.k.a Patricia Bateira), Jochen Arbeit (EinstĂĽrzende Neubauten) and Vitor Rua - guitars. Give Guitars to People is a project, which deals with a new music style, combining their individual sounds, horizontally and vertically, to mould a unique aesthetic, identified by Rua as meta-idiomatic. Of their live performance, this was said: Imagine a performance that doesn't begin - just starts - and that doesn't end - just stops; no climax or any intention to reach an end; where the events of the staging exist for themselves instead of participating in any progression. GIVE GUITARS TO PEOPLE is Jochen Arbeit, VĂ­tor Rua and NATĂĽrlich's idiomatic fronts with a schizoid function in a discontinuous and deconstructive flow, created with no apparent relationship between them, except the pure charm of building an abstract musical chain. The Look of Silence is a spectrum of overlapping colors, intentions and progressions based on the dynamics of togetherness and the variables of here and now, that doesn't begin, just starts and doesn't end. Co-release with NATuerlich.