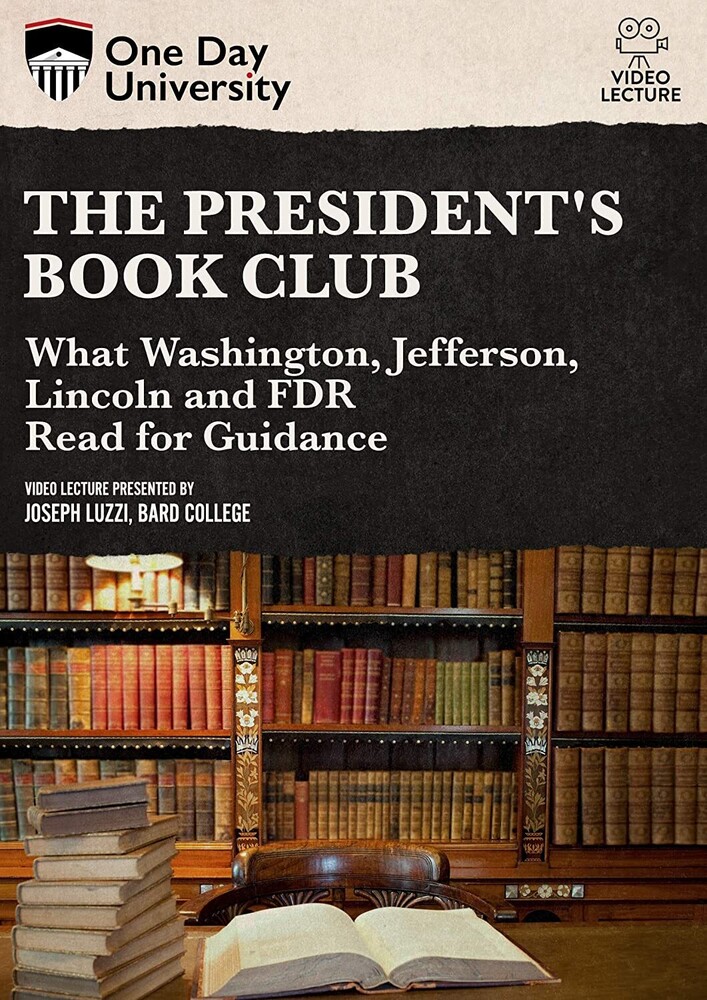 One Day University presents a series of video lectures recorded in real-time from some of the top minds in the United States. Given by award-winning professors and experts in their field, these recorded lectures dive deep into the worlds of religion, government, literature, and social justice. Award-winning Literature Professor Joseph Luzzi will guide viewers through a fascinating "Presidents' Library," as we explore the books and the presidential reading list that shaped six of the most powerful men ever to sit in the Oval Office. We will discuss why George Washington was obsessed with a play about a Roman freedom fighter who opposed Julius Caesar; how Thomas Jefferson came to have the largest personal library in the country; what drew Abraham Lincoln to Shakespeare so obsessively (and which Shakespeare play he loved most!); which British poet Franklin Delano Roosevelt memorized as a child and read throughout his life; why John F. Kennedy was devoted to a spy novelist whose books would create one of the greatest film franchises in history; and how Barack Obama came to understand his American identity and spirit through two favorite authors. Together, we will see how presidential action and presidential reading are intimately linked, as we explore the momentous events in these presidents' lives in light of the books that inspired their thoughts and guided their actions. Professor Luzzi will also summarize his ALL (American Library List) detailing the sometimes surprising books and literature which influenced many other U.S. leaders.
back to top