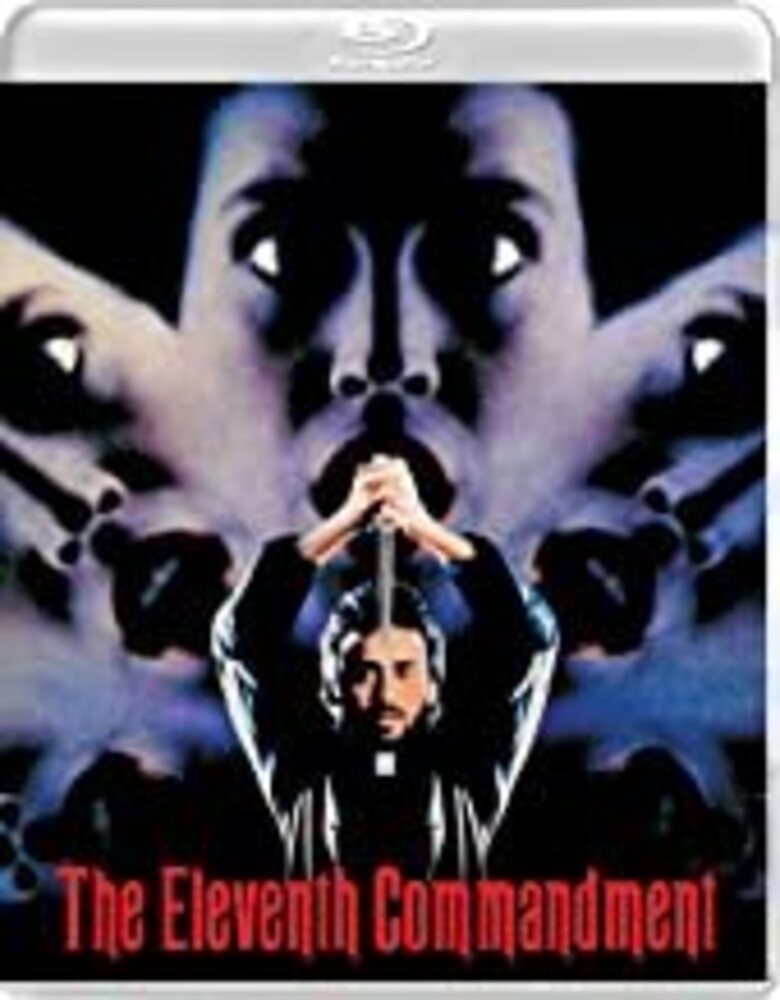 Robert Knight has been committed to an insane asylum by his greedy and potentially murderous Uncle Charles, as a means of depriving him of his rightful inheritance. But his time in the asylum has indeed turned Robert into a violent lunatic; fashioning himself a priestly avenger due to his years at the seminary. After murdering a nurse and orderly, Robert escapes from the asylum and begins slashing his way through anyone who stands between his avenging the actions of his uncle. But Uncle Charles has some deadly tricks up his sleeve as well... A seedy and perverse slasher-soap opera as only exploitation auteur Paul Leder (I Dismember Mama) and co-writer William Norton Sr. (Night of the Juggler) could achieve, THE ELEVENTH COMMANDMENT bounces between gratuitous stabbings and squabbling relatives. Starring Bernard White (The Matrix Reloaded) and Dick Sargent (Bewitched), Vinegar Syndrome brings this trashy rarity to Blu-ray for the first time, newly restored in 2K from it's 35mm interpositive. Bonus Features: 1. Region A Blu-ray 2. Newly scanned & restored in 2K from it's 35mm interpositive 3. "A Lifetime of Preparation" - an interview with actor Bernard White 4. "Through the Eyes of a Child" - an interview with actress Lauren Woodland 5. Promotional still gallery 6. Reversible cover artwork 7. SDH English subtitles