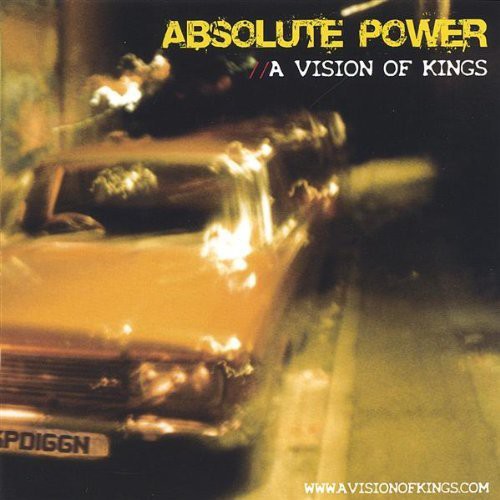 Remember the hip-hop you used to love? When it was about lyrical deftness and wordplay wizardry. When it was about then a hot single, but making a special album. When it was more about being the most talented not the owning the most guns? When ORIGINALITY was key?......welcome back to that world..... Absolute Power is the collaborative effort of MoJo King and Vision. Their sound has been labeled "Intelligent, Elitist Hip-Hop." They are part of a segment of lyricists who see music as an Art form instead of just an economic vehicle. Taking to heart D.O.C.'s definition of 'R.hythmic A.merican P.oetry'. Though they met in Orlando while attending the University of Central Florida, MoJo is from (and now again resides in) Brooklyn, New York. Vision, born in Greenwood, South Carolina, now resides in the Melbourne, Florida area. Although from completely different backgrounds they are unified in the idea of pushing the envelope, driving listener's down an unbeaten path. The title of their debut album is "A Vision Of Kings"...for obvious as well as subtle reasons. Absolute Power is Hip-Hop Music for the discriminating listener. MoJo King and Vision's collaborative efforts cater to an audience that places originality at a higher priority than mass appeal. As two of the five founding members of the Original Skills Foundation, the duo established themselves (along with Hemys, CL Mecca, and Flowtation) as Hip-Hop purists, placing conceptual wordplay and self-expression above clichĂ©s and posturing. Absolute Power's lyrics are ripe with double-entendre, extended metaphor, visual storytelling, building each line off the last. The idea simple, to create something that on the 10th, 20th listen still has the feel of something new as the listener catches the disrceetly embedded wordplay. The musical arrangements are kaleidoscopic juxtapositions of Jazz, Classical, African and Eastern aesthetics...just the way Hip-Hop should be. Distinct and different, Absolute Power clearly is not a sound you have heard before. This isn't the honey-coated prostitution and bubblegum, violence you're used to. It's dope beats, ill rhyme, and nasty flows you'd expect from 21st Century Hip-Hop Elitists. MoJoKing note: We post our reviews regularly on this page, good or bad from established publications....read them and see if we are for you. The music is from our heart and made with all the brain power we can muster.....we forgot to check our pockets, hopefully the purity of it will be as special to you as it is to us!! oh yeah....we left a present for CD buyer's at the end of the album. Vision with a cold!
This website uses cookies to personalize content and analyse traffic in order to offer you a better experience.
I accept Learn More
back to top