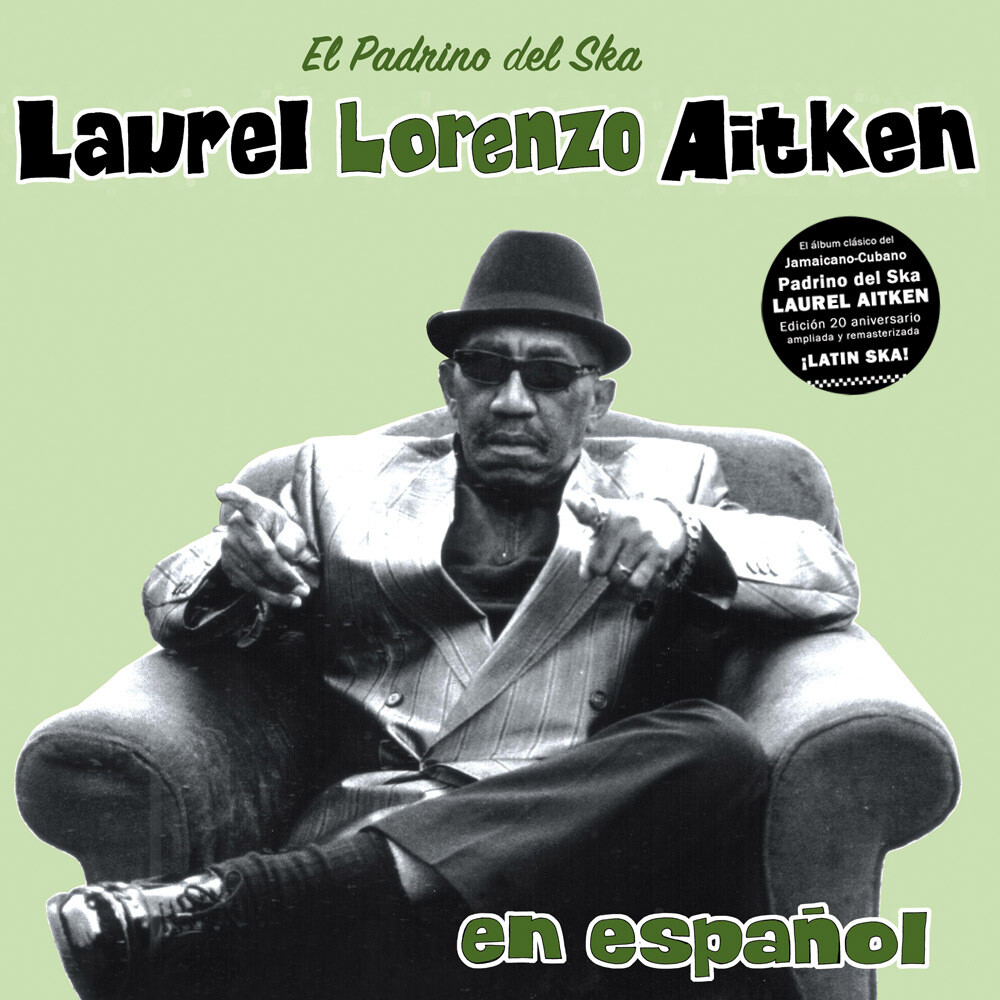 Vinyl LP pressing. Laurel Aitken, the legendary Godfather of Ska, released this Spanish album in 1999. He sadly passed away on July 17th. 2005 and this one is his only Spanish long play in his long career. Making history: known worldwide around as The Godfather of Ska and also as Maximum Reggae Priest, Laurel Aitken was a legend since Jamaican music was born. His career started around 1958 with the rhythm & blues era and the first ska ever cut. During the sixties worked with most of the Jamaican record labels, turning from the ska era to the rocksteady and then to reggae. He was one of the best Jamaican artists with a strong activity playing live and touring all around the world, selling out tickets everywhere and thousands of records, but also one of the most acclaimed reggae producers in the UK. This is Latin Ska!