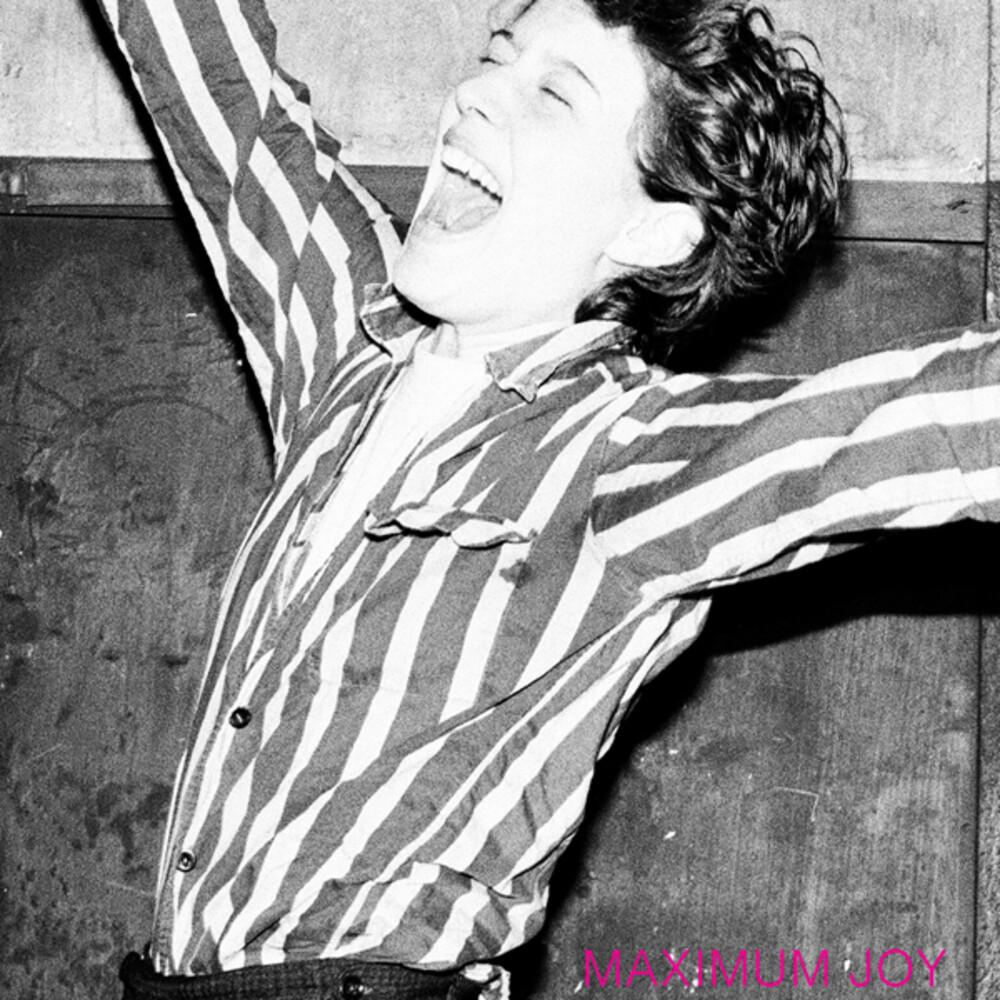 Forty years ago, on July 8th and 9th in 1981, a group formed by the splintering of some of Bristol's essential post punk bands, entered the hallowed studio at Berry Street in London to record their debut single. What would emerge was not only an exuberant post funk classic on the A-side, but also a wildly influential dub workout on the flipside, whose reverberations can still be heard today. Both songs have proven essential in very different ways. A focal point for the unique punk-funk that was coming together in Bristol as the bridge from the '70s to the '80s arrived, Maximum Joy was formed by Glaxo Babies multi-instrumentalist Tony Wrafter and 18-year old vocalist and multi-instrumentalist Janine Rainforth. Soon they drafted in additional Glaxo Babies in the form of drummer Charlie Llewellin and bassist Dan Catsis, along with guitarist John Waddington, fresh from The Pop Group. The group set about making a one-of-a-kind mix of funk, punk, pop, jazz, dub, soul, afrobeat and reggae; creating a brilliant charge of danceable tunes wrapped around elastic basslines and complex percussion, punctuated by melodic horns and stabs of guitar, all of it highlighting Rainforth's naturally enthusiastic vocal style.Bursting at the seams, "Stretch" feels like it can barely be contained within the studio walls. Rainforth delivers a vocal performance that can only be found within the freedom of someone recording their first ever single. The group's love of funk is evident on "Stretch", but the heavy influence of dub and reggae from their surroundings shapes the moody skitter of "Silent Street". Here, the sing-song vocals seem to drift across the heavy late night air. The two songs are wildly different, yet both could only have come from this key collection of players. Paired with the likes of The Pop Group, The Slits, The Raincoats and the On-U-Sound collective, Maximum Joy still stands out as a unique voice in the movement.Y Records head Dick O'Dell would join the sessions and give the release a warm home in the UK while legendary 99 Records in New York took on the US release since Maximum Joy made perfect sense being equal parts ESG and Liquid Liquid. This 12-inch has been a staple for DJ's in the know since day one.
This website uses cookies to personalize content and analyse traffic in order to offer you a better experience.
I accept Learn More
back to top