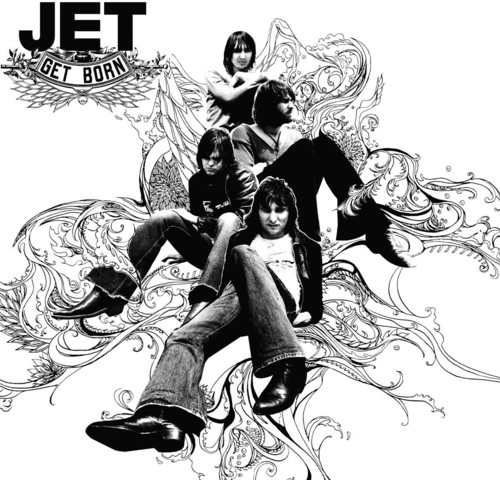 Limited 180gm audiophile vinyl LP pressing including insert. Get Born is the debut studio album by Australian rock band Jet, released in 2003. The album includes Jet's most popular song, 'Are You Gonna Be My Girl'. Get Born received generally positive reviews from contemporary music critics. Jet entered the Sunset Sound Studios in Los Angeles with Dave Sardy to produce their debut album. Sardy had previously produced records for Marilyn Manson and The Dandy Warhols. The band left the recording studios halfway through recording the album to support the Rolling Stones on their 2003 Australian tour. The album's lead single, 'Are You Gonna Be My Girl', was often singled out due to distinct similarities to Iggy Pop's 'Lust for Life'. The song featured a near-identical guitar riff, as well as a drum pattern markedly similar to that of Pop's well-known song. The band argued that 'Are You Gonna Be My Girl' had more in common with 1960s Motown, namely songs such as 'I'm Ready for Love' by Martha And The Vandellas and 'You Can't Hurry Love' by The Supremes.