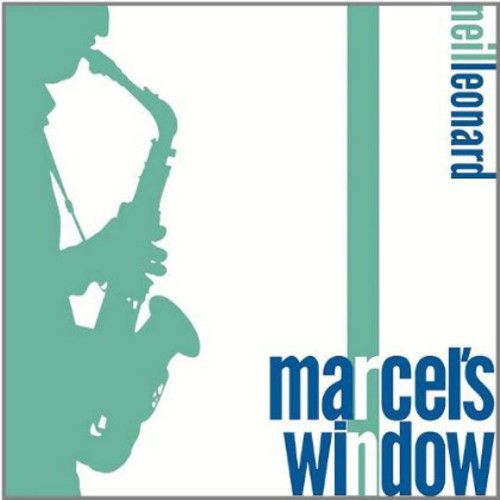 'Leonard's playing and composing have clarity and insight aplenty. Don't miss Marcel's Window.' Frank-John Hadley, Longtime Downbeat Critic, 2011 'Leonard's Marcel's Window CD is a wonderfu l example of creative composition meeting creative musicians. Both the written music, as well as the performers, provide just the right impetus to successfully present a music that is not only intellectually interesting, but also enjoyable.' Saxophone Journal, 2012 '... when Leonard [leads], he takes the wow factor to notches unknown. This is what Marcel's Window is about - an artist pushing the limits. The collection opens with "Alex In the Atrium" with a wild wind section that softens to a faultless sax taking the helm. The significant track of the five inclusive tracks is "4951 Walnut Street." This exceptional composition was inspired by the late singer/actor/civil rights pioneer Paul Robeson as this was where Robeson resided.' Esther Callens, Brimingham Times, 2011 ~~~~~~~~~~~~~~~~~~~~~~~~~~~~~~~ Marcel's Window Neil Leonard Quartet Over the previous two decades, I have collaborated with artists from a variety of disciplines to create music and sound for dance, theater, video/sculpture installation, experimental performance, and film. Many of these collaborations included local artists and materials to create dialogues about the history and geography of specific sites in Japan, China, Africa, Cuba, and Europe where the works were premiered. When I began composing the music for this CD, I expected that I would be writing for a homecoming jazz concert. Instead, using methods I learned from visual artists, I found myself creating site-specific compositions inspired by cultural landmarks in my own backyard. I grew up in Philadelphia and played with fantastic musicians as a teenager, including Uri Caine, Robin and Kevin Eubanks, and many more. In 2007, I was invited to return to Philadelphia to perform a concert in the newly renovated Paul Robeson House. I needed a band, so I called Tom Lawton, whom I first played with when I was 16 years old, and we put together this quartet. We premiered '4951 Walnut Street,' 'Resounding Arc' and 'Invisible Cities' at Paul Robeson's home at 4951 Walnut Street. As a young musician, I passed that building many times, not knowing that this distinguished singer-actor, forceful activist, and true Renaissance man was living on this unassuming block. 'Resounding Arc' refers to the resonance of Robeson's work and the base of Robeson's rocking chair, one of the few pieces of original furniture in his home. 'Invisible Cities' is a reflection on the multiple realities of urban life. A concert in the Philadelphia Museum of Art the following year provided an opportunity to reassemble the quartet and expand it's repertoire. 'Alex in the Atrium' and 'Marcel's Window' were premiered in the main atrium of the museum where Alexander Calder's 'Untitled' mobile floats above visitors, facing capstone works by Calder pĂ¨re at Logan Circle and Calder's grandfather on top of City Hall. 'Marcel's Window' refers to the window cut into the museum's Parthenon-style facade to illuminate Marcel Duchamp's 'The Bride Striped Bare by Her Bachelors,' an architectural comment on Duchamp's rupture with the western art canon. 'Mood for Merritt,' a blues dedicated to pioneering Philadelphia bassist and composer Jymie Merritt rounds out the set. I admired Merritt's work on recordings with Art Blakey and Lee Morgan and played with him when I lived in Philly. I am joined on this recording by three musicians with outstanding knowledge and ability. Pianist Tom Lawton plays my compositions as if he wrote them himself. Bassist Lee Smith backed up soul diva Roberta Flack, laid down Cuban mambos with Mongo Santamaria, and is as inventive and daring as anyone I've worked with. Drummer Craig McIver, who played with Max Roach's M-Boom percussion ensemble, builds fantastic grooves and uses ideas from all of us as he crafts subtleties of the form. I am grateful to have the opportunity to work with these superb musicians, who've made me feel like the've spent their lives training to make this music together. Neil Leonard Neil Leonard - alto and soprano saxophone Tom Lawton - piano Lee Smith - bass Craig McIver - drums All compositions by Neil Leonard (ASCAP) Produced by Neil Leonard Recorded January 28-29, 2009 Mixed summer/fall 2010 by Neil Leonard and John Hull Mastered by Jonathan Wyner Graphic design by Terrance K. O'Leary; c Neil Leonard 2011 All Rights Reserved.
This website uses cookies to personalize content and analyse traffic in order to offer you a better experience.
I accept Learn More
back to top